Aren’t gambling games full of intriguing tricks and a keen eye? If you have watched any casino drama on the screen, you might have been left confused at the gameplay you couldn’t understand. If you have a zeal to enjoy such gripping drama, here is a great movie to enjoy this time. 2008’s famous casino thiller, 21, is a sure-shot watch if you consider the gambling geniuses like branded experts. Explore ahead all about the movie to brace yourself to watch it today!

21 released in March 2008 across the USA under the production of Sony Pictures. The two-hour-long drama stars famous youth actors like Jim Sturgess, Laurence Fishburne, Kate Bosworth, and Kevin Spacey. The screenplay composed by Peter Steinfeld and Allan Loeb is based on the famous MIT BlackJack Team of 1979.

It was highly associated with the 2003’s best-selling novel Bringing Down the House as both had the same storyline. If you have watched movies like Paranoia or Legally Blonde, the same man Robert Luketic has directed this movie, and you can imagine how fascinating the set and action would be!

The entire movie revolves around MIT mathematics professor Micky Rosa and his team of brilliant students who are out to trick the toughest of the Las Vegas casinos to bag away millions of dollars. The team implements ingenious card counting tricks and collusion strategies to deceive the players into betting on more chips in a framed game. Like any other drama, the consequences of gambling affect the characters in their lives, and they soon figure out the genius and the tricksters among them.

The storyline of the movie

The movie begins with an economically broke but brilliant Mathematics student Ben approaching the Massachusetts Institute of Technology to pursue higher studies. Searching for a scholarship, he comes across the top professor Micky Rosa who puts a logical reasoning test for him promising to cut out the tuition fees as a reward.

Being an expert with mind and numbers, Ben makes it to 97% impressing the professor beyond the set reward. Micky welcomes Ben into his secret group, MIT Blackjack Team, which he has been gathering to target the famous casinos. Since the casinos back in the 1980s were devoid of software and biometrics, con and tricks were the easiest for genius players to dupe the dealers.

As the movie progresses, we can see the tension and jealously between the teammates due to Ben’s excellence in the calculations. Parallelly, with the increased addiction to Blackjack, Ben fails to meet his academic deadlines thus is detained for graduation.

Micky gets killed after he cheats Ben by stealing his gains but is ultimately caught in his mastermind trick. The movie ends with casino security robbing Ben’s chips and Ben retiring from the gambling world on good terms with six of his teammates. 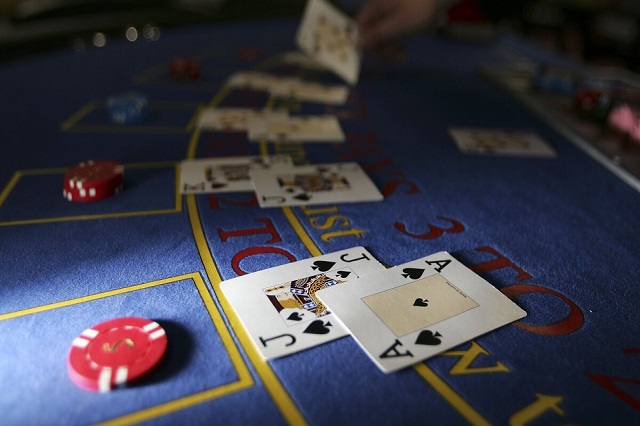 Major takeaways from the movie

21 steals the show among the best casino movies as the characters are teen students who play the trickiest of the gambling deals. Their teamwork and strategies are one of the best actions to spice up the entire movie. Apart from splendid casino scenes of famous Vegas houses, the film depicts the consequences of gambling addiction in the background.